Stone of rhodonite and its properties 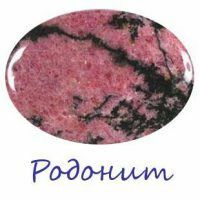 Rhodonite - one of the most valuable and original Russian ornamental stones, which in its significance for the Urals is inferior, perhaps, only to malachite.

The stone of the rhodonite is known to mankind since the middle of the VIII century. In ancient Russia it was called "bakan", "ruby spar" or "eagle".The last name of the stone was due to the fact that its small pieces were found in nests of eagles. That is why in Russia they believed that if a piece of "eagle" was put at the cradle of a child, the baby would grow like an eagle, sharp and strong.

In Eastern countries in those days for unusual pink delicate color rhodonite was called "the stone of the morning dawn" and made from it various jewelry.

But the ancient Greeks identified this beautiful mineral with a petrified rose and called it "rhodon", which in translation means "rose".From this Greek word and the name of the mineral "rhodonite", which is attached to the stone.

However, despite its fame in the ancient world, including in ancient Byzantium, the mineral was widely spread only in the late 18th century, after its large Russian deposits were discovered in 1780.Since then, rhodonite took the second place of honor among the Ural gems after malachite and became the favorite ornamental stone of the Ural masters.

From it steel vessels, candlesticks, floor lamps, table-tops, bowls, vases, writing instruments and other interior items, large decorative products began to be turned out. Used rodonite and as a high-quality facing material. This mineral is decorated with impressive sizes of the metro station "Mayakovskaya" metro station of the Moscow metro and even one of the halls of the Moscow Kremlin.

And since the middle of the XIX century, gently pink rhodonite with black veins has become widely used in stone carving.

Rhodonite is a beautiful opaque jewelry and ornamental stone of uneven pink, cherry-pink, sometimes crimson, with a transition to a brownish shade and with thin black veins and inclusions giving the gem high decorative.

Due to the fact that it is easily cut, polished and polished, but it's hard enough, for about two centuries, rhodonite is used to make various stone-cutting products.

An important feature of rhodonite, which distinguishes it from other ornamental stones, is that this opaque gem when illuminated from the inside is translucent in thin plates, changing the intensity and depth of its beautiful coloring. Due to this property, rhodonite is used to make stained-glass windows, floor lamps, lamps and chandeliers.

According to its species, rhodonite is manganese silicate, formed under special conditions during the contact of incandescent magma with carbonate sedimentary rocks, the richest manganese. This determines the pink, crimson, cherry-pink and brownish shade of the gem. In addition, there are inclusions of iron and silicon, which give the stone a special coloring in the form of black, yellowish, greenish stripes and spots.

The chemical composition of the mineral of rhodonite includes:

Crystals of rhodonite are opaque, but they have a slight translucence. Usually the gem is found in the form of dense draining masses and granular aggregates, which shine with a special glass shine. The hardness of rhodonite on the Mohs scale is 5.5-6, and the density is from 3.5 to 3.7 g / cm3.

Depending on the color, shades and pattern, the following varieties of rhodonite are distinguished:

Rhodonite deposits can be found in different parts of the globe. There are deposits in Australia, the United States( California), the United Kingdom( in Devonshire), Spain, Ukraine, Mexico, Japan, Kazakhstan and Madagascar. But the most beautiful and qualitative rhodonite is still mined in Russia, in the Urals.

Many people used rhodonite as a healing agent.

So, in the East it was used to treat eye diseases, for which plates or pieces of stone simply applied to the eyes or areas of the face near the eyes.


The Chinese believed that rhodonite can protect a person from many diseases by "prompting" which medications to take to prevent and treat the disease.

In folk oriental medicine, the elixir from rhodonite was used to treat oncological diseases. In addition, he was considered a female stone, able to help a woman become pregnant.

Rhodonite is a light stone that can awaken a person's love for himself and for the world around him.

In ancient times, mages of India and the countries of the East considered the rhodonite to be a divine stone. They believed that this mineral is able to give hope and love, to help harmonize relations between spouses.

And today, people who believe in the magical power of gems, are sure that the rhodonite can help:

Rhodonite and the zodiac signs

Astrologers claim that rhodonite is most suitable for Libra and Gemini. He patronizes people born under these signs, gives them strength and confidence, and is able to help them develop intuition and memory.

Due to its physical properties, beauty and variety of color palette, rhodonite is an excellent jewelery and ornamental stone. From it are made as small jewelry: beads, brooches, cufflinks, cabochons in rings, and various decorative objects: ashtrays, caskets, glasses, snuff boxes, pens for canes, inkwells, seals.

Used rodonite and for facing buildings.

The world fame for rhodonite in the XIX century brought diplomatic gifts made from this gem, which were presented to emperors and presidents.

Rhodonite was among the most favorite ornamental stones in the workshops of C. Faberge.

Indian yogis believed that soft vibrations of rhodonite, penetrating into the aura, can stimulate the heart chakra and "charge" the human body.

The hall of the Hermitage is decorated with unique candelabra from rhodonite, and its grand staircase is the world-famous rhodonite floor lamps with the height of 280 cm. It also houses the famous rhodonite oval vase 85 cm high and 185 cm in diameter, which was exhibited in 1870 at the All-Russian Exhibition in St. Petersburg.

The largest product of rhodonite is the sarcophagus of Princess Mary Alexandrovna, the wife of Emperor Alexander II, made of pure pink monodonous rodonite with a mass of more than 11 tons.

A beautiful monument to the classics of French literature, Henri Barbusu, erected on his grave in Paris, is made of rhodonite.

How to distinguish natural rhodonite from fake

Rhodonite does not represent great jewelry value, so its cost is not high: a kilogram of high quality mineral costs only $ 10.So to forge it, in principle, does not make sense. However, sometimes instead of a stone in imitation jewelry inlay plastic inserts, in color imitating the coloration of rhodonite.

It is possible to distinguish rhodonite from a fake as well as other stones.

Pictures of the stone of the rhodonite and its products 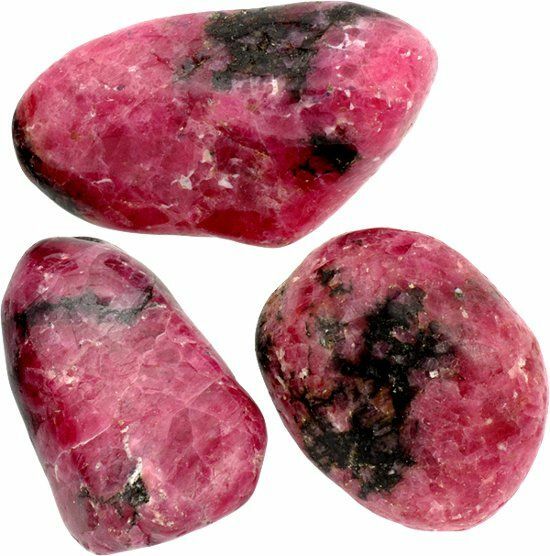 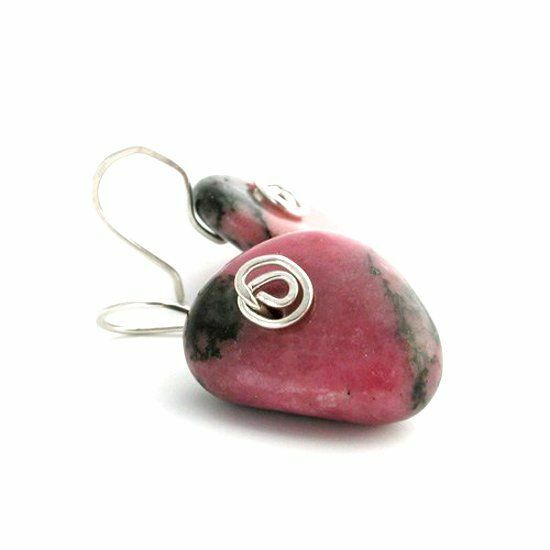 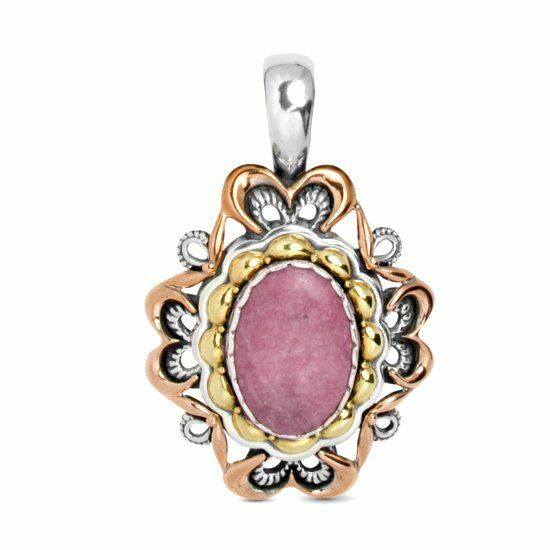 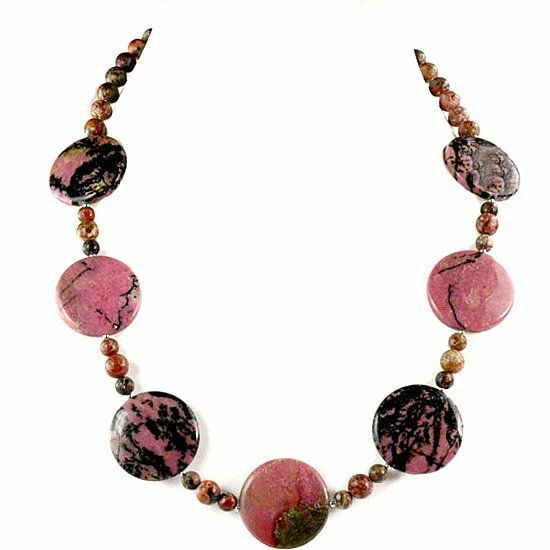 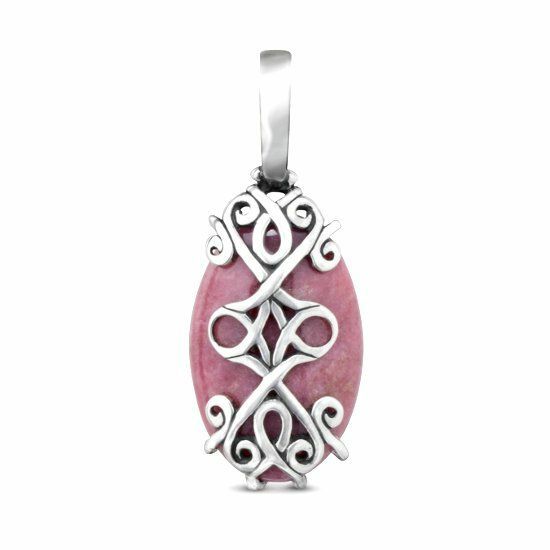 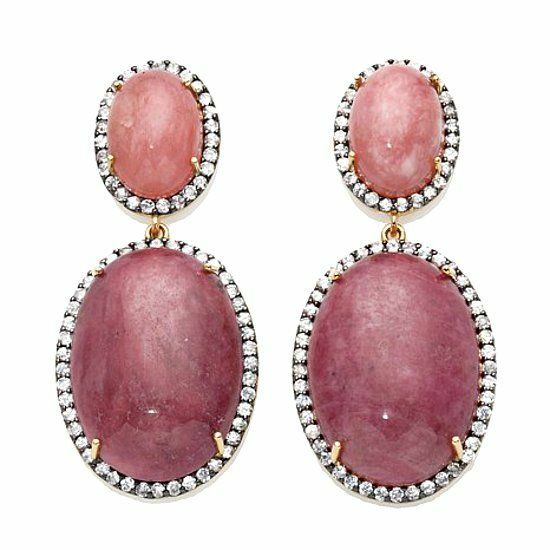