Shungite stone and its properties 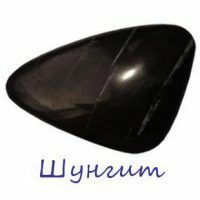 Surprising in its composition, origin, properties and structure, a stone called shungite is today in the center of attention of scientists and ordinary people who care about their health. The reason for this popularity of this rock is its unusual properties, including healing properties.