Tanzanite stone and its properties 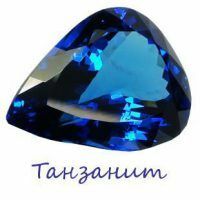 Tanzanite is an expensive jeweler stone, which, due to its unique properties, extraordinary beauty and rarity, has become one of the elite gemstones.

Tanzanite is called the miracle of Africa and the personification of a mysterious continent - the only place where this beautiful rare stone is mined. It combines the blue of the southern African sky, purple-purple color of the African night, the brown-yellow shade of the African savanna and the bright green foliage of its palms.

Tanzanite refers to one of the youngest precious stones on Earth, its history of usityvaet less than half a century.

It was discovered at the foot of Mount Kilimanjaro( Tanzania) only in 1967.According to one of the versions, the first discoverer of tanzanite was the local resident Ali Djuyavati, and on the other - the Portuguese jewel seeker Manuel De Souz. There is also a version that tanzanite was completely accidentally found by African shepherds who brought a stone to a Portuguese searching for rubies in these places.

The discovery of tanzanite was facilitated by a fire that exposed the bottom layer of the soil, resulting in the appearance of beautiful blue crystals on the surface of the earth. Initially, this finding was not given the proper value, taking it for ordinary glass, but when the minerals were carefully studied and examined, scientists came to the conclusion that this is a new stone, which has not been studied before and is unknown, being a kind of zoisite.

Literally a year later, in 1968, during his official presentation, tanzanite was named the most beautiful blue gemstone found in the last 2000 years.

But the real world fame was brought to the stone by the famous American jewelry company "Tiffany &Co, which created with tanzanite a fine collection of exclusive jewelry. By the way, the idea of ​​the name of the stone belongs to the company "Tiffany &Co "-" tanzanite ", as a derivative word from the name of the only country in the world where this amazing stone is mined - Tanzania.

In less than 50 years, tanzanite has gained incredible popularity in the world. Its price grows every day, in proportion to how its world stocks decrease. And they, according to experts, given the speed and scale of production, enough for a maximum of 15-20 years. So very soon Tanzanite promises to be the rarest exhibit.

Tanzanite is fascinating and amazing with its extraordinary beauty, crystal transparency and unique brilliance.

Its blue-lavender color is unique, and the special charm of the stone is attributed to the "alexandrite effect" - trichroism, due to which in different lighting and under different angles, tanzanite is painted in three different shades: saturated dark blue with violet tint, yellow-brown or greenish andpurple and purple. This color game makes the stone simply unforgettable.

True, natural blue tanzanites are very rare in nature. In 90% of the cases, the initial color of the stone is brown. Only after a short heat treatment, he acquires the most famous blue-lavender saturated shade.

Tanzanite is a species of zoisite in its species.

The chemical composition is a silicate of aluminum and calcium. Its chemical formula is Ca2Al3 [O, OH /SiO4/ Si2O7].In addition to calcium and aluminum, tanzanite contains impurities of chromium and vanadium, which color the stone in blue and violet.

Tanzanite crystals are brittle, transparent, translucent, with glass shine and high degree of pleochroism( trichroism).In one crystal of tanzanite, blue, purple-lilac or violet shades, brown, green or yellow, can be combined.

The most expensive are the specimens of stone, in which daylight prevails a deep blue shade with bright violet tints, and under artificial illumination - red-purple.

In nature, such stones are extremely rare, only in those places where the crystals of tanzanite come to the surface and are heated for a long time by the hot African sun. All other specimens of tanzanite extracted from African bowels have yellow-brown or green hues, which are replaced by blue only when heated to a temperature of 600 ° C.


Tanzanite is a fairly hard, though fragile mineral. According to experts, its Mohs hardness reaches 6.5-7 units, and its density is 3.1-3.5 g / cm3.

To date, only one tanzanite deposit is known - the Merelani plateau, which is located in Tanzania in the heart of the African continent, in the foothills of Kilimanjaro.

The healing properties of the

mineral Lithotherapists believe that due to its surprising color and the presence of sky-blue and sapphire-blue hues, tanzanite is able to have a beneficial effect on the eyes:

It is believed that tanzanite has a positive therapeutic effect with:

Despite its fairly young age for a stone, tanzanite has already managed to acquire the glory of a powerful magical stone.

Tanzanite and the zodiac signs

Like many other blue stones, astrologers recommend ornaments with tanzanite watermarks of the zodiac - Pisces, Cancers and Scorpions.

At the same time, this stone is perfect for Aries, becauseit is believed that Tanzanite is able to give the necessary wisdom and composure.

How to distinguish natural tanzanite from forgery

Given the huge rarity of tanzanite and its high cost, in the jewelry market, its fakes - imitations of glass, synthetic forsterite, and also doublets consisting of glass and tanzanite or blue syntheticspinels.

Determine the fake can be, knowing the properties of tanzanite and its features:

Tanzanite is an unusually fragile stone and requires special care in the care.

Jewelry with tanzanite are among the elite and it is recommended to wear them only on special occasions.

Photos of tanzanite and jewelry from it 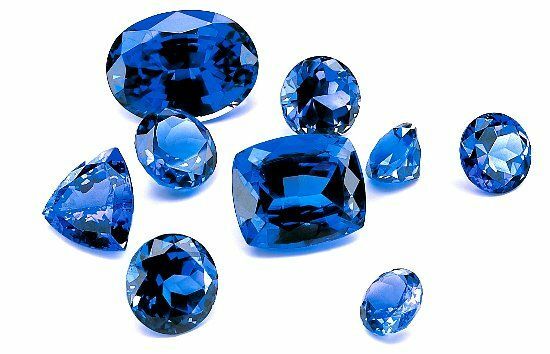 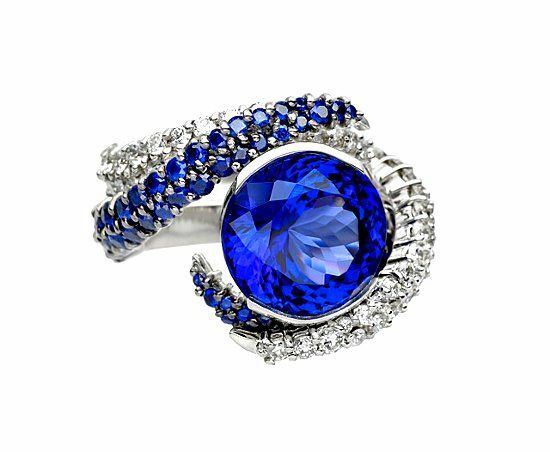 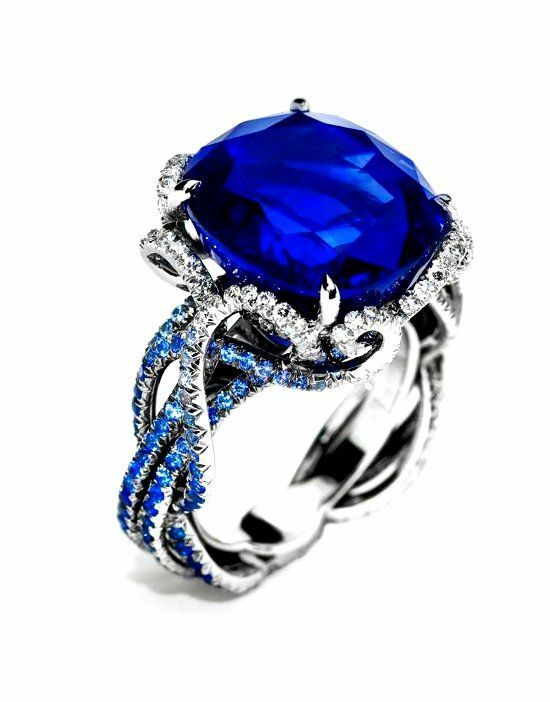 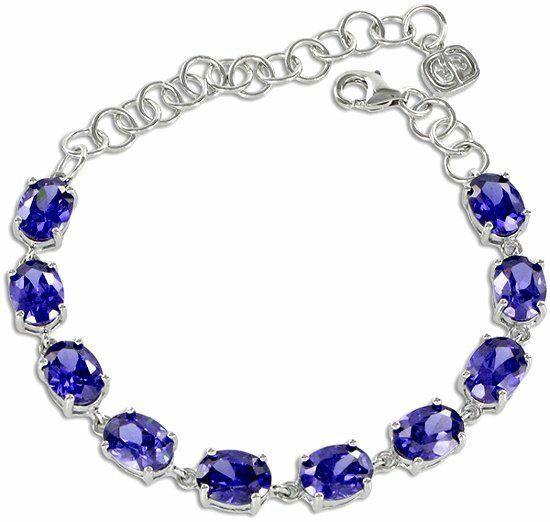 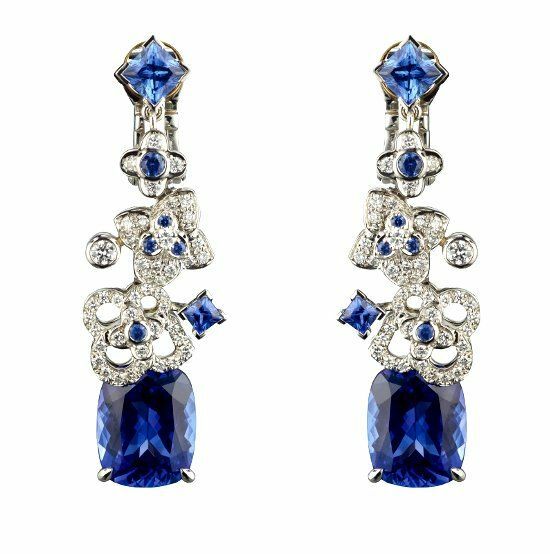 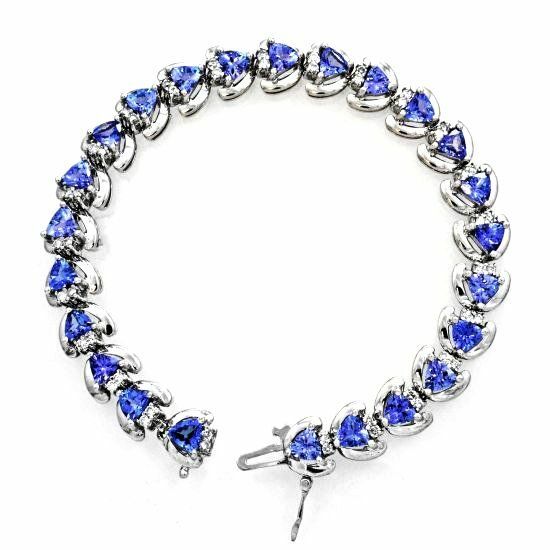