What foods contain the greatest amount of vitamin K 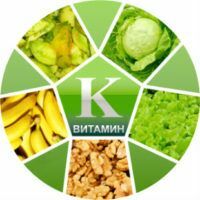 Vitamin( or rather hormone) Vitamin K is a group of structurally similar fat-soluble vitamins, essential for the normal functioning of the human body. 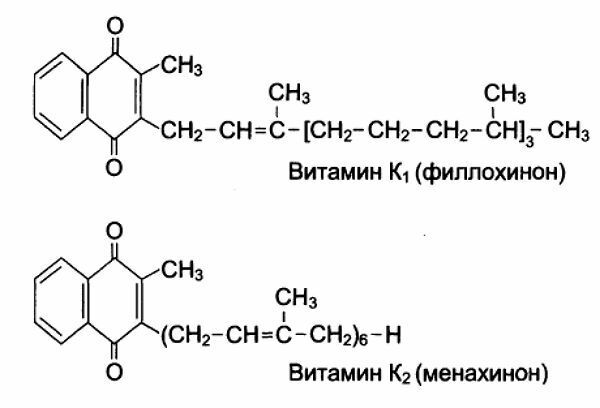 Vitamin K1 is produced by plants, and is found in large quantities in green leafy vegetables, because it takes a direct part in photosynthesis. Phylloquinone is considered as a plant form of vitamin K, and bacteria in the intestine transform phylloquinone into a number of forms of menaquinone.

The synthetic form of the vitamin( K3, menadione) can be toxic because it interacts with the functions of protecting the cell from free radicals of the glutathione tripeptide, and is no longer used to treat hypovitaminosis K.

With a vitamin K dosage usuallyThe difference between K1 and K2 is not carried out. The daily adequate level of vitamin K intake is 90 μg for adult women( including pregnant and lactating women) and 120 μg for men.

For children under 1 year of age, adequate intake is 2-2.5 μg, and at ages 1 to 18 years, gradually increases from 30 to 75 μg. In the case of taking vitamin K in large quantities there is no evidence of adverse effects, and the maximum daily intake is not established, but consumption up to 360 μg is considered safe.

Because vitamin K is antihemorrhagic, it is prescribed for pathological conditions accompanied by a clotting disorder( however, in the case of hemophilia, vitamin A is ineffective!).

Often it is recommended to take it in the following cases:

The main sources of vitamin K are green leafy vegetables, cabbage, some fruits, pine nuts. The most valuable is the vitamin content in vegetables, because it is combined with their low calorie content. The table shows the vitamin K content for the most vitamin-rich sources.


For other vegetables, nuts, eggs, fruits and dairy products, the vitamin content is below 100 μg / 100 g.

Vitamin K deficiency leads to the development of hemorrhagic syndrome( increased vascular bleeding, which leads to intradermal and subcutaneous hemorrhages, gum bleeding, nasal and gastric bleeding).In view of the high content of vitamin in foods, the food factor is not the cause of hypovitaminosis( a typical diet already contains 300-500 μg of vitamin K).

The risk group for hypovitaminosis K( as well as for vitamin D) includes people with chronic kidney disease. It is possible that hypovitaminosis K is one of the causes of male infertility caused by insufficient mobility of spermatozoa. Lack of vitamin K is also observed in the elderly. The cause of hypovitaminosis may be: