Calendar of people's celebrations for May 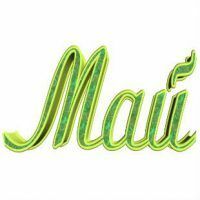 May is the last month of spring, the time of flowering, the riot of colors, the height of garden work. People's signs say that if in this spring month it's still cold and rainy, then the year should be hlebny: "Rains in May are raised bread."

According to one of the historical versions, the month of May received its name on behalf of the goddess of the Ancient World Maya. Earlier, according to the Old Roman calendar, it was the third in a row, and after the Gregorian calendar came into effect, it became the fifth. May heat is considered "unreliable", even if at the beginning of this month the weather pleases, then from the second decade it can dramatically deteriorate.

Signs about the weather

Many people are associated with May with many signs:

If there is a lot of cobwebs in May, then the summer will be sultry. Rowan blossomed in the second half of May - do not expect an early autumn. When the flowering of the oak began before the ash tree blossomed, it means that the summer will be dry. If in the beginning of May it is cloudy and a moderate wind is blowing, then there should be no frost.

Dry and clear weather is foreshadowed by fog over the water, which thickens and does not disperse for several days. If the fog has risen in the morning, while forming cumulus clouds - it will rain, but if it spreads on the ground, then the day is expected to be sunny. Frequent May fogs are harbingers of a wet summer.

Dry summer promises a large number of May beetles. If the night was warm and bright, the next day will be cloudy and rainy.

If the new moon is a night rain, then it will be protracted, but when the moon was born there is no precipitation, then the dry weather will stand outside the window for a long time. Around the sun and moon the halo increased - dry and clear weather in May will be a few more days.

Take a closer look at the May rainbow: the morning rain is the messenger of rainy weather, and the evening one - to the sun, and in the event of the appearance of several rainbows in the sky, you should expect a warm rain, which will last long enough.

If in May the sun appears more than usual in the morning, then it will rain in the daytime, if there was a thunder in the daytime, but it did not get cold in the street, then at night it will again show itself. The jumping frogs on the earth in May promise a warm rain.

Read also about folk signs on weather and harvest, as well as Orthodox holidays of the first summer month - June http://woman-l.ru/vse-primety-mesyaca-iyunya/
to the table of contents ^

In earlier times, marriage in May, according to popular signs, did not bode well for the young family. The old people said: "May come together - all your life to suffer."It was considered insulting even matchmaking during this period.

If there was no other way out and the wedding had to be played in May, the wedding ceremony was held under the old oak, a symbol of strength, power and lasting faith. The young took hold of their hands and three times walked around the tree, bowed to his belt and prayed to keep their union strong and prosperous.

To date, many young people do not believe in ancient signs and rites and marry at the right time for them, firmly believing that for real love, any barriers are not terrible.

The days of Lent and short one-day days are considered unfavorable for the wedding according to the church calendar.