Stone chrysolite and its properties 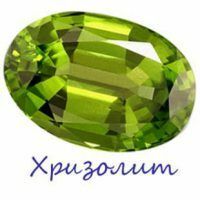 No doubt, chrysolite belongs to one of the oldest minerals. According to some assumptions of scientists, chrysolite was known to mankind for 4 thousand years BC.e. He is mentioned in the Bible as one of the famous "Biblical stones".Thus, in Josephus' book, dated to the 1st century AD, chrysolite is described as a stone that adorned the garments of the high priest.

Gems attributed to the miraculous properties - to save from nightmares and obsessions, to warn his master of unreasonable actions, to protect him from enemies and threatening danger.

The name of the stone has Greek roots, and is literally translated from Greek as "golden stone"( "Χρυσός" - gold, "λίθος" -stone).

He was often confused with other green stones, taking chrysolite for emerald, topaz, tourmaline and beryl. Through the chrysolite, and not the emerald, as was supposed earlier, the Emperor Nero looked at the terrible fire of Rome and the torment of the first Christians.

In ancient India, chrysolite was worn by merchants, in order to increase wealth and protect their goods from dishonest people. His Indians also used it to facilitate communication with the opposite sex.

With special trepidation and reverence the Mongols referred to the chrysolite, which referred to the mineral as the "dragon stone", sincefound it, more often, in the vents of volcanoes.

Known for quite some time chrysolite in Europe. In the Middle Ages it was brought in abundance by crusaders from the Crusades."The stone of the Crusaders," as the chrysolite was called at that time, was used mainly for inlaying church utensils.

They loved decorating church utensils and clothes in Russia with chrysolites.

The most popular in European countries acquired this stone in the XIX century, when there was information that he allegedly cures of impotence and helps awaken love desires in men. It was also believed that chrysolite helps to develop creative abilities, not for nothing in the Middle Ages, it was a symbol of inspiration.

A particularly revered stone from a remote past was chrysolite in the Muslim world, where green is considered a symbol of the religion practiced, and the stones of green color were in special esteem. Evidence of this is the largest collection of chrysolites in the richest treasury of the Ottoman Empire. The Turkish sultans decorated their turbans with chrysolites, which was evidence of their noble origin and wealth.

Another wave of interest of jewelers around the world in chrysolite was observed at the end of the 20th century, when unique and rich deposits of high quality chrysolites were discovered in India.

Chrysolite is the most valuable variety of olivine mineral. It is a beautiful transparent stone of tender green olive green with a light golden tint and a glassy sheen.

Another name for the stone is "peridot".This is how it is commonly called in the mineralogical literature of England and Germany.

Chrysolite is one of the most fragile stones, however, after a diamond or step-cut cut, chrysolite is widely used for making various jewelry.

By its chemical composition, chrysolite is an iron-magnesium orthosilicate. Its chemical formula:( Mg, Fe) 2SiO4.

Chrysolite can contain inclusions of magnetites, ilmenites, spinels and chromites.

Being a transparent variety of olivine - iron and magnesium silicate - chrysolite is formed as a result of deep magmatic crystallization. Therefore, it is extracted exclusively in volcanic rocks. Its crystals, short-columned and prismatic, are most often found in the form of flattened grains. Its unusually bright shine chrysolite due to the high refractive index of light.


If you look through the stone to light, then the double refraction of crystals of chrysolite will create an original double image effect.

Among the features of the mineral - increased brittleness and good solubility in acids. It is easily polished.

chrysolite deposits The earliest known deposits of chrysolite are in Egypt, on the island of Zaberged in the Red Sea. However, to date, the largest chrysolite developments are in the US, in particular in Arizona, New Mexico and Hawaii.

There are large deposits of this stone also in Mexico, Brazil, Australia, Norway, India, South Africa, Burma and Tanzania. Gems are also produced in Russia: in the Southern Urals, in the Murmansk region, in Buryatia and the Krasnoyarsk Territory. Large crystals of chrysolite are very rare.

Lithotherapists believe that chrysolite has pronounced therapeutic properties. For example, it can help improve eyesight and heal eye diseases.

In addition, folk doctors recommend the use of chrysolite with:

It is also believed that this stone favorably affects the nervous system and is even able to cure stuttering.

Mages wore amulets from chrysolite to protect against dark forces and evil spirits, believing that chrysolite is endowed with the power of the Sun.

Among the magical properties include chrysolite:

It is believed that chrysolite makes a person:

Wearing decorations with chrysolite can be all signs of the zodiac.

According to astrologers, the most chrysolite patronizes people born under the sign of Pisces. Pisces stone is able to help avoid conflict situations, and in case of disputable moments - to take meaningful and measured decisions. In addition, the chrysolite will give Pisces confidence and determination, and increase their self-esteem.

No less useful is chrysolite and two other signs of the zodiac - the Lions and Virgins.

So, the Lions chrysolite will give confidence in making the right decisions and strength of mind in their implementation. Makes his owner's chrysolite more attractive to others, and for Lviv, universal recognition is very important.

Virgos this green stone will help to become more patient with people and less demanding, will contribute to their intellectual development and accumulation of necessary knowledge.

Positive effect of chrysolite and on such signs of the zodiac as Taurus, Cancer Aquarius and Libra.

The main field of application of chrysolite is jewelry. From this beautiful transparent stone are made inserts in various gold products. True, given the fragility of the stone and its sensitivity to heat, treat it with extreme caution.

Usually, for the processing of chrysolites, a stepped, emerald or diamond cut is used, and only occasionally is a cabochon cut.

How to distinguish natural chrysolite from forgery

Chrysolite refers to precious stones. And although its cost is not so high, quite often, instead of a natural stone in the retail network, you can see its fakes.

To simulate chrysolite, use is generally made of ordinary plastic or glass, it is not difficult to distinguish such a counterfeit. Naturally, knowing what the natural chrysolite looks like, and having information about its properties.

In the care of chrysolite, it must be remembered that this is a fragile and chemically vulnerable mineral that requires careful handling. Therefore, try to avoid:

Try not to purchase rings or bracelets with chrysolites - in these jewelry, the stone can quickly fade and scratch. Best chrysolite is worn in earrings and necklaces.

If you want to clean your favorite stone, limit it to washing it under running water and drying it at room temperature.

Photos of the stone of chrysolite and its products 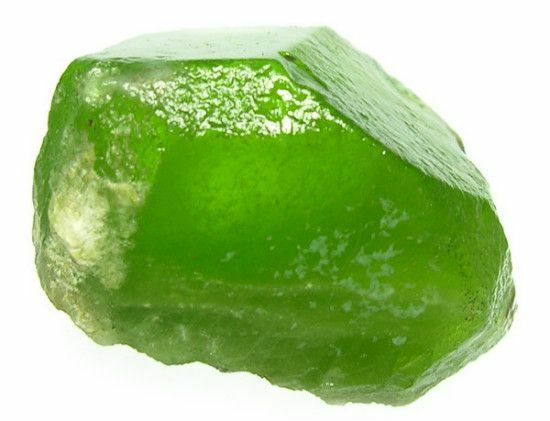 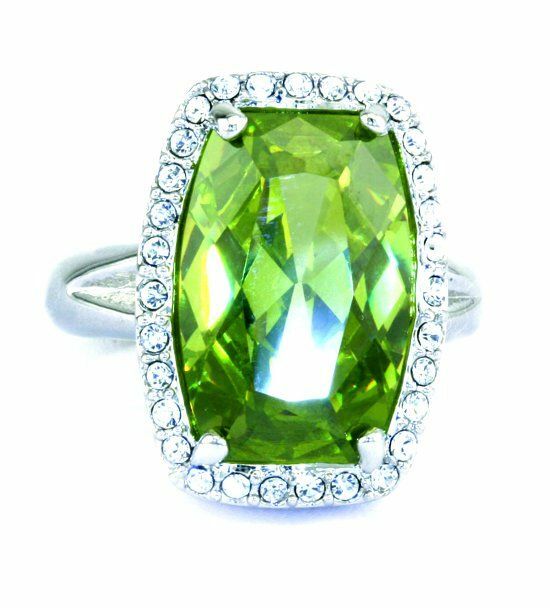 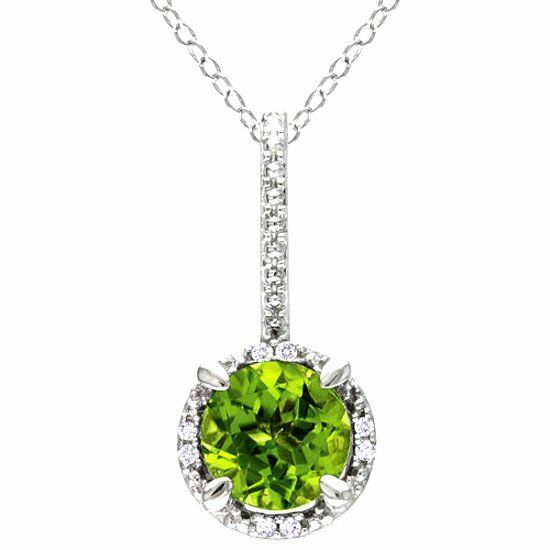 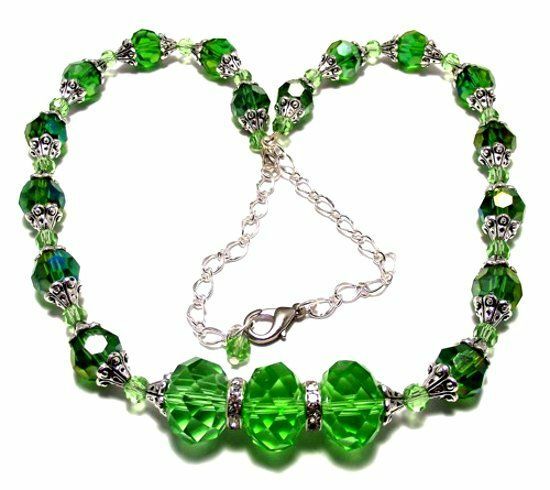 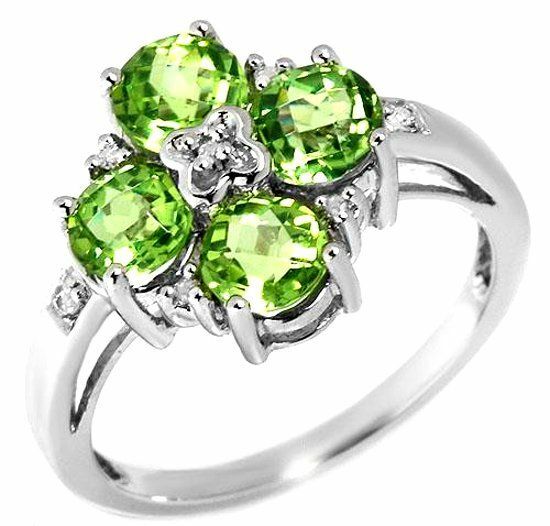