Non-steroidal anti-inflammatory drugs for the treatment of joints 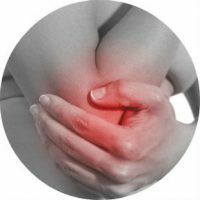 Non-steroidal anti-inflammatory drugs( NSAIDs) - a group of drugs that are widely used to eliminate or alleviate symptoms in various areas of medicine( traumatology, rheumatology, orthopedics, etc.).In the treatment of joints, NSAIDs help cope with inflammation, which is mainly manifested by severe pain and a feeling of heat.

The basis of the curative effect of all NSAID preparations is inhibition of cyclooxygenase( COX) enzyme activity, which plays a major role in the onset of pain syndrome, inflammation and fever. 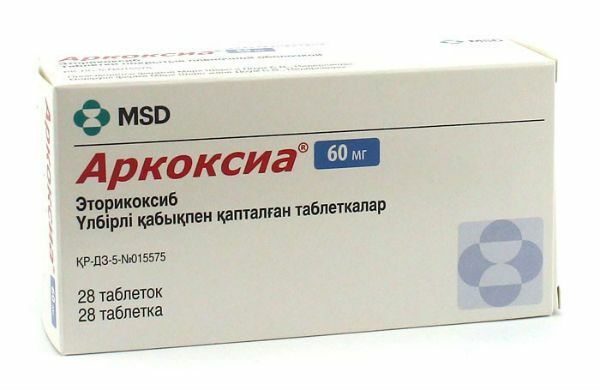 The new generation medicine has a pronounced analgesic and anti-inflammatory effect, but it does not affect the functioning of platelets and the mucous membrane of the digestive system.

For relief of inflammatory processes and pain syndrome, take 90 milligrams 1 time per day. In acute conditions, the dose may be increased to 120 milligrams per day. 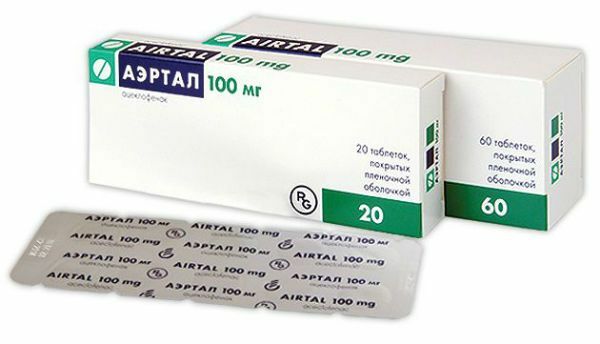 Produced in tablets;active ingredient is aceclofenac.

Quickly and effectively relieves pain and inflammation in diseases of the musculoskeletal system.

Depending on the severity of the disease and age, it is prescribed from 100 to 200 milligrams per day.

Side effects: nausea, dizziness, allergic reaction in the form of a rash on the skin;rarely - weakness, weight gain, tremor, depression.

Contraindications: allergic reaction to the active substance of the drug, age to 18 years, lactation, pregnancy, severe kidney or liver disease, hematopoietic disorders, heart failure.
to the table of contents ^

The most common drug among NSAIDs, it quickly and effectively removes inflammation and removes pain in the joints. The main indications for its use are diseases of the musculoskeletal system( psoriatic juvenile chronic arthritis, gouty arthritis, bursitis, osteoarthrosis of peripheral joints);pain syndrome of moderate or mild severity( myalgia, neuralgia, headache, adnexitis, proctitis, etc.);in the complex therapy of infectious and inflammatory diseases of the throat, ear, nose;fever.

Adults and persons from 15 years old - 25-50 milligrams 2-3 times a day. When the desired therapeutic effect is achieved, the dose should be gradually reduced to 50 milligrams per day. For children older than 6 years, the daily dose is up to 2 milligrams per kilogram of body weight, divided into 2-3 doses.

Contraindications: aspirin asthma, bleeding from the gastrointestinal tract, erosive and ulcerative lesions of the digestive tract, hematopoiesis disorders, pregnancy, age to 6 years, lactation, hemostasis disorders, hypersensitivity to diclofenac.
to the table of contents ^ 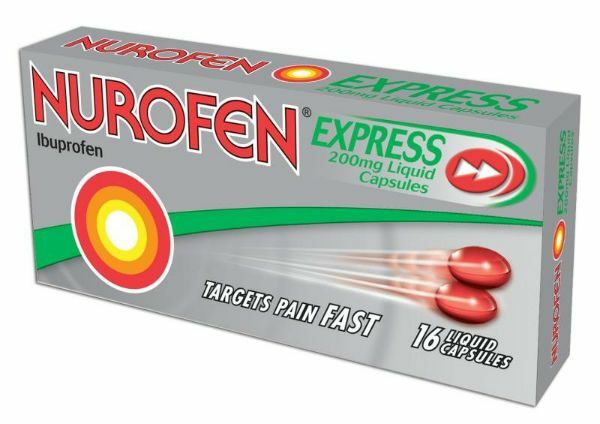 Has less anti-inflammatory effect than other NSAIDs. It is used for relief of moderate pain syndrome of various etiologies, removal of inflammatory focus in diseases of the spine and joints, relief of febrile syndrome in infectious and colds.


Ibuprofen in tablets prescribed for adults and children over 12 years of 200 milligrams 3-4 times a day. To accelerate the therapeutic effect, the dose can be increased to 400 milligrams 3 three times a day. Children 6-12 years old are prescribed 1 tablet up to 4 times a day. The interval between doses of the drug is not less than 6 hours. The duration of therapy is not more than 5 days. Contraindications: hypersensitivity to any of the components of the drug, inflammatory bowel disease, intracranial hemorrhage and gastrointestinal bleeding, blood clotting disorders, Pregnancy, children under 6 years. to table of contents ^

It is used for articular syndrome( including osteoarthritis, rheumatoid arthritis, gout, ankylosing spondylitis), pain in the spine, myalgia, neuralgia, traumatic inflammation of the soft tissues and joints, diffuse connective tissue diseases, rheumatism, dysmenorrhea. As an additional remedy for prostatitis, adnexitis, cystitis, infectious and inflammatory diseases of the ENT organs.

The initial dosage for adults is 25 milligrams 2-3 times a day. If necessary, the doctor can increase the dose to 50 milligrams 3 times a day. The maximum daily dose should not exceed 200 milligrams. The course of therapy is 4 weeks. Take medicine after eating. 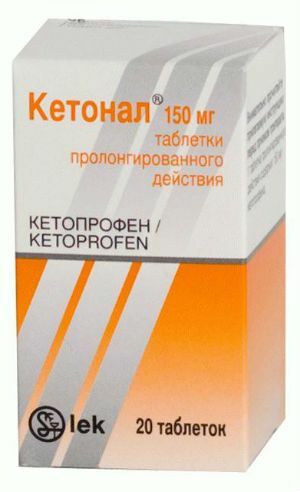 The medicine in a short time eliminates pain in the joints during movement and at rest, reduces the morning stiffness and swelling of the joints, increases the amplitude of movements.

The doctor prescribes the therapeutic dosage individually for each patient, taking into account the severity of the course of the disease. The initial daily dose is 300 milligrams. 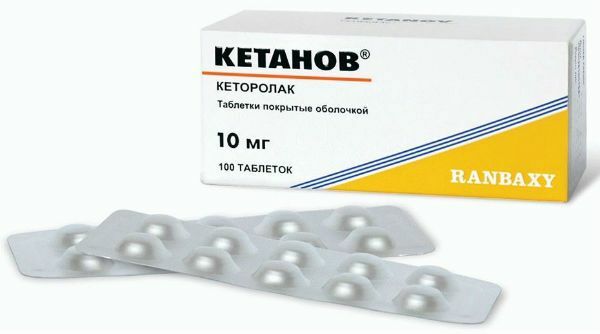 Effective and safe preparation capable in a short time to eliminate the focus of inflammation and to remove acute symptomatic pain. Ketorolac is prescribed for oral administration once or repeatedly, depending on the severity of the pain syndrome.

A single dose of 10 milligrams, with repeated use is recommended to use 10 milligrams to 4 times a day. The course of therapy should not exceed 5 days.

Contraindications: rhinitis, intolerance to the active substance of the drug, dehydration, pregnancy, lactation, gastric ulcer, inflammatory diseases of the stomach, etc.
to the table of contents ^ 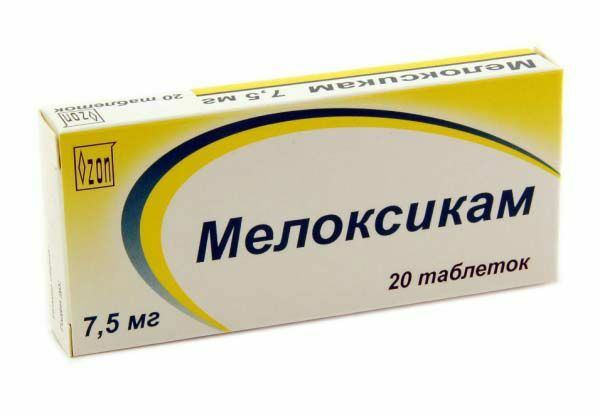 For pain in the joints, take in during meals once a day for 15 milligrams.

Effective medication with analgesic and anti-inflammatory action. It is prescribed for inflammatory pain syndrome.

Adults and adolescents 12-18 years old take 100 milligrams twice a day. The maximum duration of medication is no more than 15 days to minimize the risk of side effects. 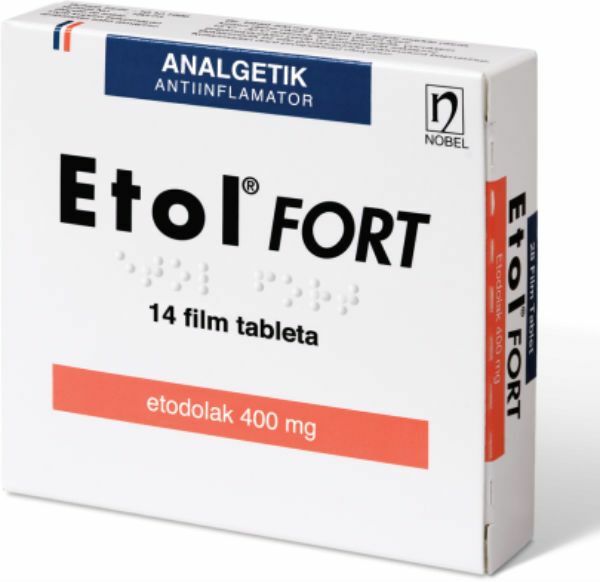 The active substance is edolac.

The drug quickly anesthetizes, acts directly on the inflammation focus.

Adults and people over 18 years of age are prescribed 400-1200 milligrams per day. In patients with a weight less than 60 kilograms, the maximum daily dose should not exceed 20 milligrams per kilogram.

Contraindications: intolerance of the components of the drug, heart failure, erosive and ulcer pathologies of the stomach and duodenum, lactase deficiency, age to 15 years, pregnancy, lactation, Crohn's disease.
to the table of contents ^ 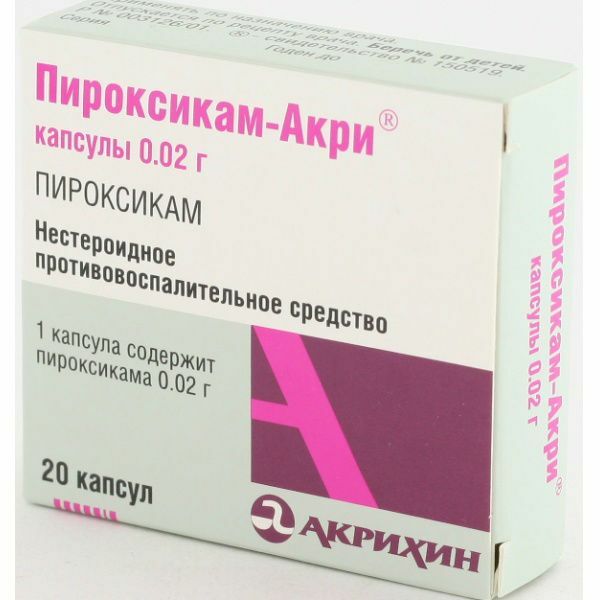 It is indicated for use in articular syndrome( gout, osteoarthritis, spondylitis), pain in the spine, neuralgia and traumatic inflammation.

To eliminate inflammation and pain, take 10-30 milligrams 1 time per day for 4-6 days. 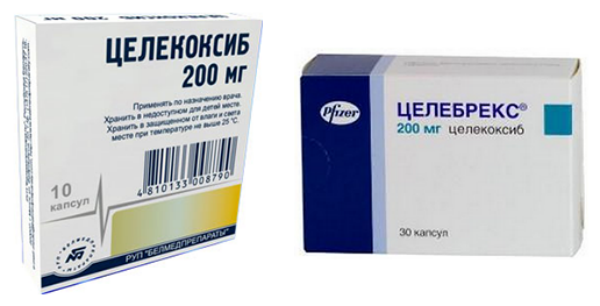 Produced in capsules;active ingredient is celecoxib.

The new generation drug is used for symptomatic therapy of rheumatoid arthritis, osteoarthritis and ankylosing spondylitis, as well as for the elimination of pain syndrome for back pain, musculoskeletal, etc.

The recommended daily intake for adults is 400 milligrams, depending on the patient's condition.