Citrine stone and its properties 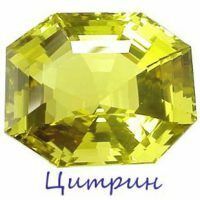 Beautiful and bright as the sun, citrine - one of the many varieties of quartz. Its transparent crystals of golden color are easily processed and luxuriously look in a facet, it's not for nothing that jewelers like this semiprecious stone. It has long been used for making various decorations and seals, and thanks to its amazing properties, talismans and amulets are also included.

The history of the application of this bright unusual stone goes far into the eyelidin, although its current name of citrine was only in the middle of the XVIII century. Until then, the mineral was called Spanish, Golden, Bohemian or Western Topaz because of its similarity to this precious stone.

In ancient Rome, citrine was considered the patron saint of philosophers, orators and sages, and was also appreciated as an antidote to the bites of venomous snakes and scorpions.

As an amulet guarding against the attack of poisonous reptiles, citrine was used in South America.

But in France, especially during the Renaissance, this stone was considered a talisman of swindlers, so that the rings with citrine could be seen, mainly, on the fingers of thieves and sharers.

In Russia, this stone was called "merchant", because according to legend, he helped to accumulate fortune. As such a talisman for luck, citrine was sent to gold and used to make a variety of jewelry. The family rings-seals inlaid with citrine were also popular.

Citrine was loved in Russia, and given the fact that it is rare in nature, it has been learned from smoky quartz and amethysts under the influence of high temperatures. To do this, the stones were simply baked in the oven, large ones - previously put in bread, and small ones - pouring ash. It is interesting that after such a simple procedure, the citrine was removed from the oven, which, in terms of their jewelry qualities and physical properties, was not inferior to natural ones.

As a crystalline variety of quartz, natural citrine is most often found in hydrothermal formations, and sometimes in sedimentary rocks in the form of transparent crystals of yellow shades: from tender lemon to rich orange.

Due to its "citrus" color, the stone also received its name - citrine, formed from the Latin word "citrus", which means "lemon".Consonant with the name of the mineral and the French word "citron", which translates as "lemon".

This is a bright, durable semiprecious stone that can be easily processed, but solid enough. This solar gem in the frame of gold looks most profitable.

The chemical formula of citrine, like all other quartz - SiO2.So, in its essence, citrine is silicon dioxide, and its bright yellow color is due to admixtures of trivalent iron, and sometimes aluminum and lithium.

In nature, citrine is found in the form of large, transparent aggregates with glass shine, as well as grains and granular aggregates. True, quite often they contain inclusions of opaque quartz, cracks and clouded zones. Crystals of citrine are formed in the trigonal system.

Like other minerals of quartz, citrine has piezoelectric properties.

This is a fairly hard mineral that can scratch the glass. Its Mohs hardness is 7, and the density is 2.65 g / cm³.

Citrines are classified according to their color scheme. Natural citrine stones are only pale yellow. All other gems of brighter and more saturated shades were obtained with the help of heat treatment of smoky quartz, moriones and amethysts.

Natural deposits of natural citrine are quite rare. Most of them in Brazil. Natural natural citrines are also extracted in the United States, in Spain, in France, in Russia( in the Urals), in Scotland, Kazakhstan and Madagascar.

The healing properties of citrine are most often associated with its positive effects on the gastrointestinal tract and urogenital system. So, Indian healers used it for treatment:

Favorably affects the sun-yellow mineral on the mental health of a person, and on his intellectual development. So, it is believed that the constant wearing of this stone can help a person:

Since ancient times, citrine has been attributed to extraordinary magical properties. It was believed that this stone is capable of developing hidden talents in a person, and even awakening the gift of foresight.

Crystals of this mineral were used to perform magical rituals and rituals as a protection against the effects of negative energy.


And in ordinary life, citrine is able to create real miracles! This bright sun stone is rightfully considered a strong energy engineer, able to bring light and solar warm energy into any home, filling it with light and good.

Citrine is able to help establish psychological contacts between people. It is believed that he can attract the sympathy of other people to his master, making him more pleasant and communicative, endowing him with charm and eloquence. He also activates creative thinking and raises self-esteem.

Promotes stone and financial success of its owner, attracting wealth and luck. So, as a talisman, citrine is good both for gambling and business people, and for creative natures.

Citrine as an ornament and a good mascot fits almost all the signs of the zodiac, but most of all - Aries and Lions. For people born under these fire signs, citrine will become a lucky talisman and bring them luck and success.

Certainly will appreciate the positive impact of citrine and the signs of air - Gemini and Libra.

The only sign of the zodiac to which citrine is contraindicated is Scorpio. To people of this sign of the zodiac, astrologers do not recommend keeping citrine crystals even in the house, let alone using it as an amulet or a talisman.

Citrine is a valuable jewelery and collector's mineral and is used mainly for making various jewelry. According to the classification of geologist E. Kiyvlenko, citrine is a precious stone of the IV class.

It makes brooches and pendants, encrusts it with rings, necklaces and earrings. At the same time, for pure transparent crystals, diamond cut is chosen, flattened for turbid ones.

Cured with cracks, natural citrine is processed in the form of cabochons, and smooth spherical stones are inserted into earrings and pendants.

How to distinguish natural citrine from forgery

Naturally, all of the above magic and medicinal properties refer only to natural natural citrine. But usually on the shelves of jewelry stores called "citrine" are presented its analogs obtained by artificial means. Most often these are calcined amethysts, moriones or smoky quartz, which are valued on a par with natural citrine, but have an excellent effect on humans and their aura.

According to its physical properties, this calcined stone is not much inferior to natural citrine, and in its transparency and color saturation it even surpasses the natural gem. But it is the color that distinguishes natural citrine from amethyst or quartz imitation. So if you are interested in buying just natural stone, pay attention to its color. In natural citrine, it is very delicate, pale yellow. All other color varieties of stone were obtained artificially.

Citrine is a fairly hard and strong stone and it is difficult to damage it. But he himself can quite scratch the softer minerals. Therefore, it is recommended to keep the items in separate boxes with it. To care for this bright sunny stone, it is only necessary to wash it occasionally with warm running water, using a soft brush or cloth. 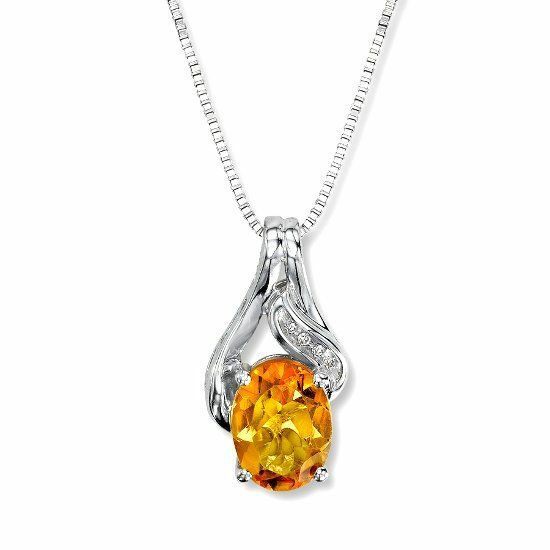 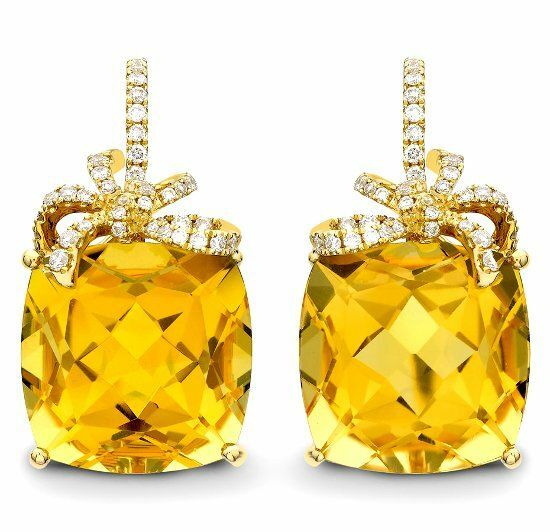 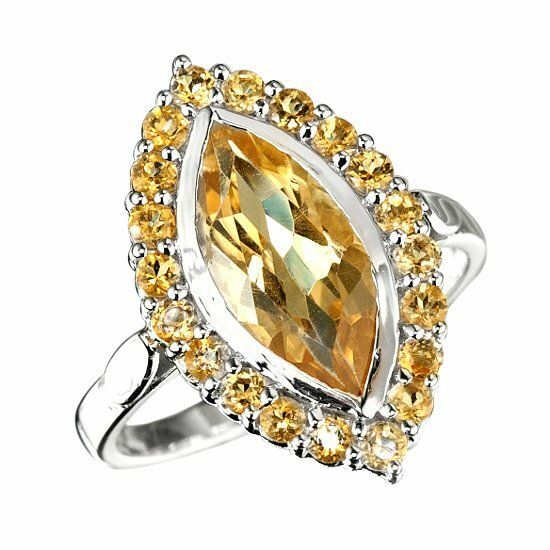 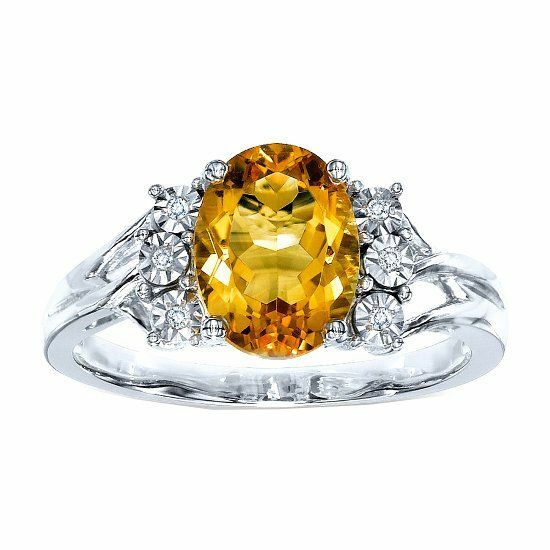 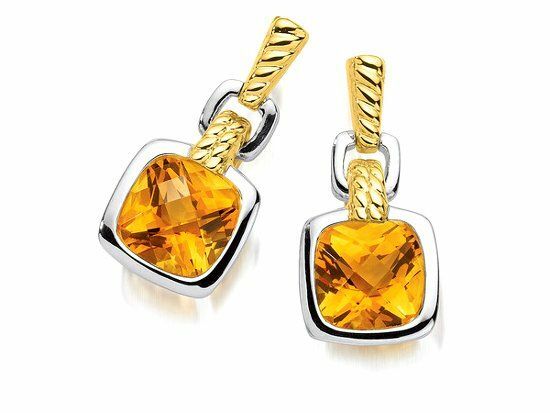 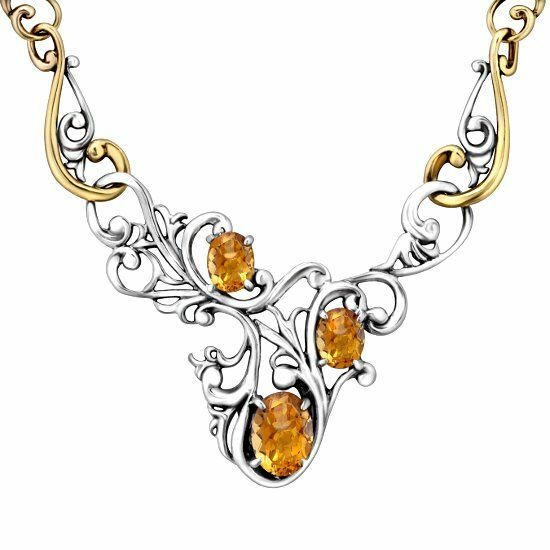