Malachite stone and its properties 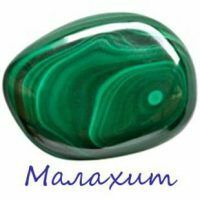 Malachite - a unique patterned jewelry and ornamental stone of a rich green color. This is one of the most beautiful minerals, which is popular in Russia due to the famous Ural writer Pavel Bazhov and his tale "The Malachite Box".

It was the first time to mine malachite 6 thousand years ago in Ancient Egypt. Here he made jewelry in the form of beads and stones, and also made amulets and decorative items, including small figurines of "gemma", bowls for rulers.

Egyptian women used malachite powder for cosmetic purposes, visually lengthening their eyes, Egyptian priests considered this green stone a symbol of the fulfillment of desires, and the pharaohs wore mascots from malachite to make the right decisions.

Malachite was used as an ornamental stone in both Ancient Greece and Rome. In ancient times, palaces and temples were decorated with malachite in these countries. Thus, the columns of the temple of the Goddess Diana in Ephesus, later transferred to Constantinople in the Cathedral of Hagia Sophia, were faced with malachite.

In the Balkans, crushed malachite was used during funeral rites.

In Russia, malachite has long been considered a precious stone. Its industrial development in the Urals began in the middle of the XVII century, although in private the locals found it earlier. Russian master stone-cutters made from malachite and original jewelry, and various beautiful figurines for decoration. Their malachite products in the XIX century gained world fame.

Malachite was so fond of Russia that it was used for interior decorating of these masterpieces of Russian architecture: the Malachite and St George's Halls of the Winter Palace, the columns of St. Isaac's Cathedral, the Malachite Hall in the Hermitage.

But in the East malachite is not particularly revered. Eastern jewelers considered it too soft. In addition, in the eastern countries malachite was considered the main enemy of the emerald. Ancient Arab legends told that malachite can damage the beloved stone of Muslims. This property clearly did not contribute to the popularity of malachite in Muslim countries.

Malachite refers to the second group of jewelry and ornamental stones of the first order according to V.Ya. KIvlenko. This is one of the most common copper minerals on Earth.

Its popularity as an ornamental stone malachite has won thanks to its unusual texture and magnificent green coloration, which varies from light green to almost black with a green tint.

According to one version, the name of this stone has ancient Greek roots and comes from the word "malakos", which is translated from Greek as "soft" and is associated with the amazing softness of this mineral.

According to another version, the name malachite originated from the Turkish word "malahe", which translates as "mallow" and is associated with an amazing rich coloration of the mineral, which resembles the juicy greens of the flower leaves.

Pliny the Elder in his works called this mineral the word "molohites", eventually turned into the modern name of the stone "malachite"( malachite).It was under this name that the mineral first appeared in the mineralogical literature in 1747, in the description of the Swedish scientist Yu. G.Wallerius.

Malachite can also contain impurities such as cobalt, zinc and nickel.

Malachite crystals have the appearance of very thin needles growing from a common center and forming small spherulites( mineral aggregates of round shape).

This is an opaque stone, but among its small aggregates one can find translucent and translucent specimens at the edges. Malachite differs pleasant matte, somewhat velvety shine. It's quite a fragile stone. Its Mohs hardness is only 3.5-4 units, and the density is about 3.9 g / cm3.

Malachite is a fairly fragile mineral - it is rapidly destroyed by various acids.


The color of the stone represents all shades of green and can vary depending on the copper content from very light tone to a shade of dark green foliage.

There are several varieties of malachite:

The most valuable is the famous Urals malachite, but today its fields are completely developed. Today, malachite deposits remained on the territory of Russia only in the Altai, in the Transbaikal Territory( in Udokan) and in the Northern Urals( in the Turinsky mine), it is mined in small quantities.

The main global supplier of malachite is Africa. The main deposits of stone on this continent are in the so-called "copper belt" - on an area of ​​500 km, which extends from the Congo to Zambia. However, jewelers note that the beauty of the pattern and the color saturation of the Zaire malachite is much inferior to the Urals.

According to lithotherapists, malachite has a variety of therapeutic properties. In particular, in folk medicine it is used for:

A special effect is observed by lithotherapists when using malachite as a remedy for skin diseases and various allergic reactions.

Use it and with:

Our ancestors believed that malachite is connected with the universe and has great magical power. To our days, many legends have told about the abilities of malachite to make a person invisible, to teach him to understand the language of animals and even to fulfill his desires.

There is an opinion that malachite is able to attract attention to its owner. That is why it is recommended to artists, musicians, politicians and orators as a talisman.

The magic properties of the stone include his ability to maintain and strengthen the spiritual strength of man, to harmonize his inner and surrounding world.

Astrologers recommend wearing malachite as a talisman to people born under the signs of Libra and Taurus. These signs of the zodiac malachite will give charm and eloquence.

Malachite is also favorable to people born under the sign of Leo. But the Scorpions, Virgos and Cancers carry the products of malachite astrologers do not recommend.

Malachite is a valuable jewelry and ornamental stone. It is soft enough and graceful in processing, well polished and polished with cabochon.

The main areas of application of malachite:

How to distinguish natural malachite from forgery

There are several reliable ways to make sure that before you is natural malachite, and not its cheap fake of glass or plastic.

With the care of products made of this stone, only a soapy solution is allowed - no ultrasonic or steam cleaning.

Photos of malachite and products from it 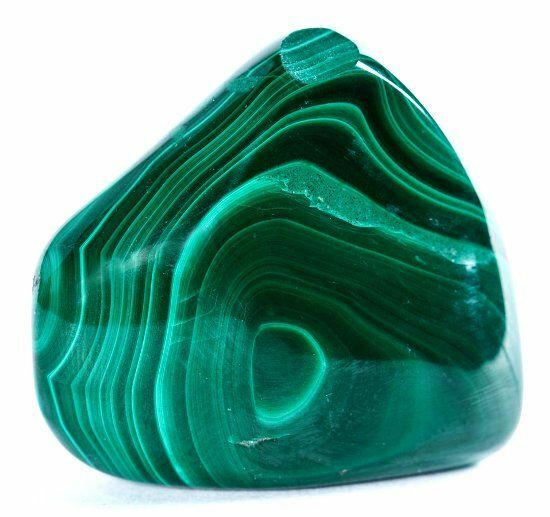 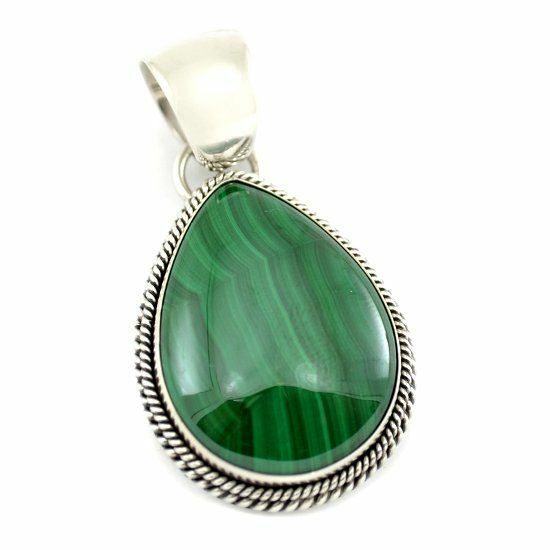 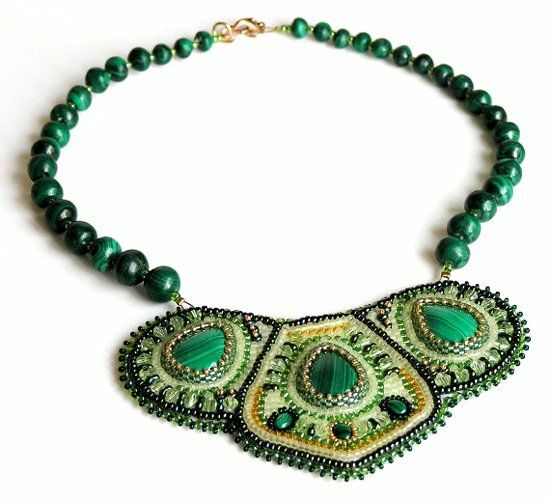 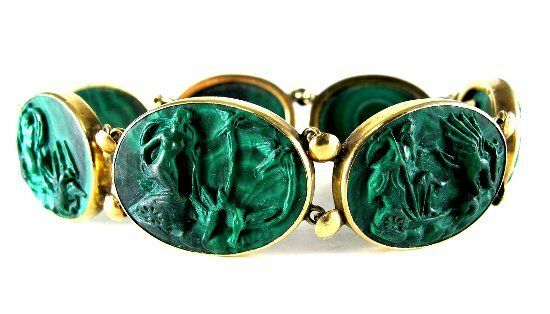 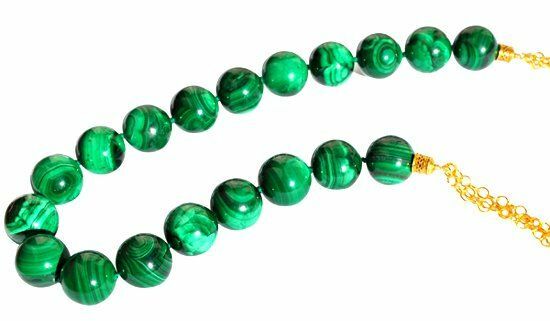