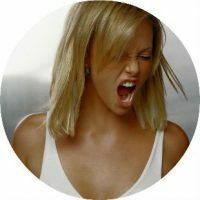 Impulsive, passionate, hot, unbalanced, responsive to the situation rapidly - this is how you can characterize a person who has a temperament-type temperament choleric. Despite the fact that often such people have to "lower steam" they can be restrained and reasonable.